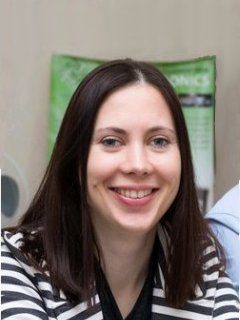 2007 –  Assistant lecturer at the Department of Artificial Intelligence, KNURE.

2011 – Assistant Professor at the Department of Artificial Intelligence, KNURE

From 2016 till now – Associate Professor at the Department of Artificial Intelligence, KNURE.

The research is focused on Web-based tools, resources, services, and environments supporting new forms of data accumulation, representation, search, processing and sharing based on semantic technologies and methods and models of Artificial Intelligence. The recent research has been done in the field of integration of semantic technology, machine learning, and collective awareness platforms. One of the results is a new semantic technology for development of ontology-driven Web-portals.

Research elaborations were applied to various problem domains. A series of projects aimed at the modernization of higher education in Ukraine. National projects funded by Ministry of Education and Science of Ukraine:

Mariia Golovianko has initiated, participated as a researcher, a developer, a teacher, a manager and a coordinator in international projects, such as

Since 2016 MC Observer in COST Actions:

Since 2016 a member of a working group in COST Action Interdisciplinarity in Research Programming and Funding Cycles (INTREPID)  (http://www.intrepid-cost.eu/).