NURE students took part in the Olympiad in sports programming

This year, for the first time, one of the major international IT companies Andersen, a partner company of Kharkiv National University of Radio Electronics, together with Ukrsibbank and Oracle organized a specialized sports programming competition in Ukraine and Belarus among university students.
The participation of only regional universities in Belarus and Ukraine was a mandatory requirement.  Last year the Minsk branch of the company held an Olympiad only for Belarusian students, this year it was decided to hold an event for two countries.
Representatives of NURE were the four strongest students: Matviy Aslandukov, Igor Barenblat, Oleg Vallas and Andriy Shanin.  They successfully qualified but in the final, which took place on October 24, only three participants were able to take part.  According to the results of the Olympiad, Matviy Aslandukov (SShIm – 20-1) confirmed his qualification as one of the strongest algorithmists in Ukraine and won.  Igor Barenblat won the fourth place, and Oleg Vallas – the sixth. A total of 622 people took part in the competition.  50 (25 best from each country) reached the final.
Andersen, an international software development and testing outsourcing company, has been present in the IT market for over 12 years. 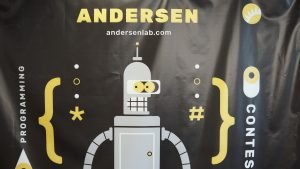 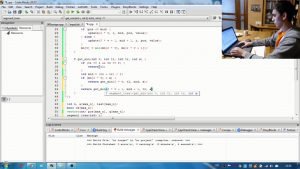 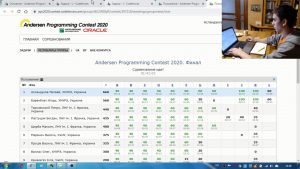 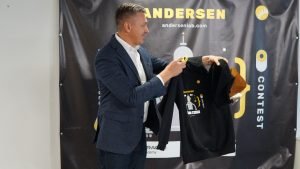