NURE in THE WUR rankings

The results of the Times Higher Education World University Rankings-2023 by the authoritative British journal “Times” have been announced.
Kharkiv National University of Radio Electronics took a place in the group 1001-1200 and kept its position both in the world and in Ukraine.
THE rankings is one of the three most influential in the world, so it is an honor for any university to be in it. Indicators of the rankings reflect the main tasks of universities – teaching, research, knowledge transfer and development of international cooperation.
In total, the ranking analyzed more than 121 million citations from more than 15.5 million  Scopus publications, responses to surveys of 40,000 scientists from around the world and data from more than 2,500 universities. This year’s rankings include 1,799 universities from 104 countries against 1,662 last year. The number of Ukrainian universities increased to 11. 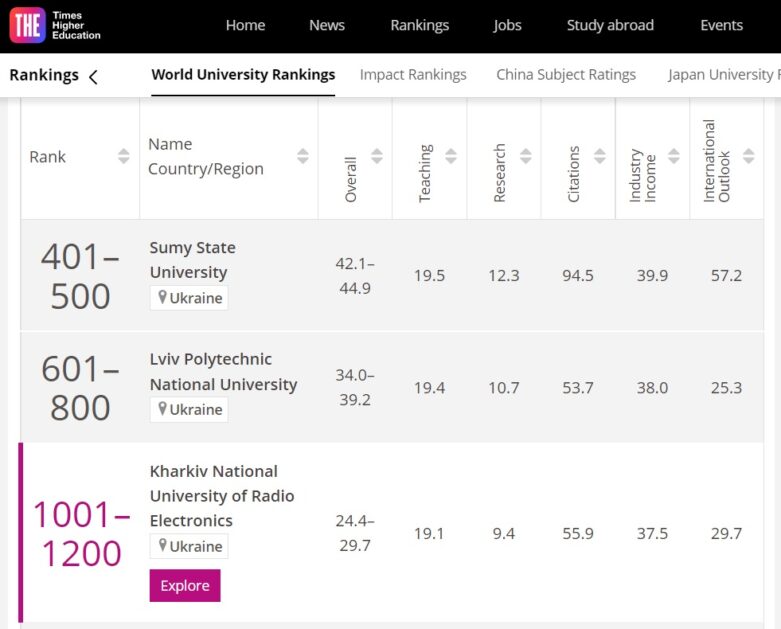