A conference of the staff was held in NURE

A difficult year and the trials of war have put new important tasks on the management and staff of the University. Acting Rector Igor Ruban reported on how they coped with them and what changes 2022 brought.

After the beginning of the full-scale invasion of the Russian Federation, the first priority was to evacuate the staff and students of the University. And this task was fulfilled to the maximum. The next difficulties arose with the calculation of salaries and scholarships. And the management coped with this issue as quickly as possible.
After a month of standstill, all the University systems were restored.
During the year, the certification of graduates was carried out, the Academic Council started working. And most importantly – the admission campaign was held on time.
In his report, Igor Ruban stressed that this year the Ministry of Education and Science has more than doubled the number of budget places. This allowed more students to study for free. In total, 1389 applicants entered the University for full-time education.
In the plans for 2023, the priority task is to conduct an admission campaign. Due to the hostilities on the territory of our country, there will be a significant shortage of applicants, that is why a lot of work is being done with foreign candidates for admission. Meetings with representatives of EU universities are planned for future fruitful cooperation. 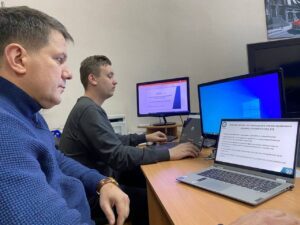 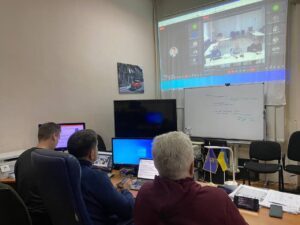 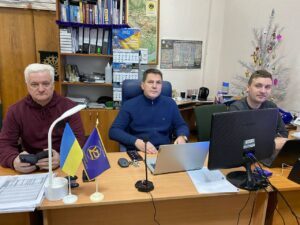