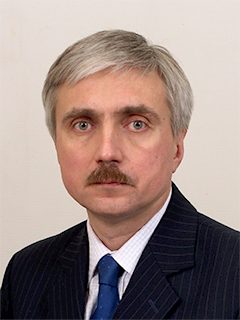 Associate Professor of the Department of INE, Candidate of Technical Sciences

In 1997, he received a second education in the Kharkov Institute of Economics with a degree in Accounting.

Laureth Prize of the Security Service of Ukraine  2003.
He was awarded with certificates and thanksgiving of the Kharkiv City Council and KNURE

Has more than 20 publications.