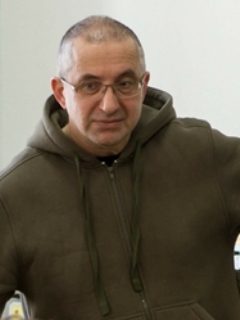 Associate professor of Department Microelectronics, Electronic Devices and Appliances, Candidate of of Physics and Mathematical Sciences

Teaches courses: the theory of electronic circuits, devices and devices for microelectronics microwave, the physics of electronic processes, electronic systems. Participated in the development of a number of training programs, in the creation of a flexible training stand on the basis of the Arduino debug module for laboratory work

He was a member of the executive committee of the Kulinichevsky village council on a voluntary basis, a representative of the Union of Entrepreneurs, and was engaged in volunteer activities.