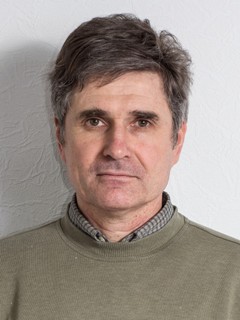 In 1979 was educated at the Kharkov Institute of Radio Electronics (KhIRE), specialty Electronic devices.

1986 – senior researcher of the KhIRE. Since 2013 – senior lecturer of the Microelectronics electronic devices and appliances department of  the Kharkov National university of Radio Electronics.

Within the framework of the state budget themes took part in 10 research project.

Не has over 20 publications, including invention patents, 5 patents.