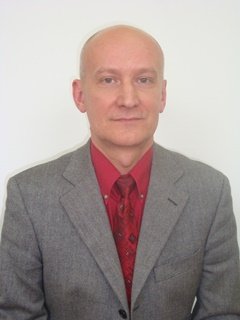 In 1985 he graduated from the Kharkov State University named after A.M. Gorky specialty “Radiophysics and Electronics”.

1985-1988 – an engineer of Special Design and Technology Bureau of IRE of Ukraine Academy of Science.

Ph.D. – 1994. Thesis was defended at the Kharkov State University named after A.M. Gorky.

Since 1994 he was involved in nine research projects within the framework of the state budget R&D.

Research interests: simulation of the terahertz and subterahertz electron devices, electrodynamics of photonic crystal structures, application of metamaterials in microwave and optical devices.

Has over 130 scientific publications, including author’s certificate of USSR.