On May 27, during the meeting of the Rectorat of Kharkiv National University of Radio Electronics, Rector of NURE, Professor Valerii Sements was awarded a Diploma for the participation in the International annual Conference “Prospects of development of weapons and military equipment of Land forces”, which was held on May 16-17 at the National Academy of Land Forces named after Hetman Peter Sagaidachny 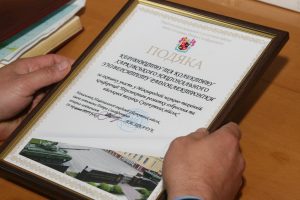 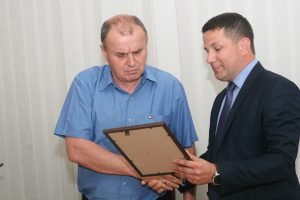