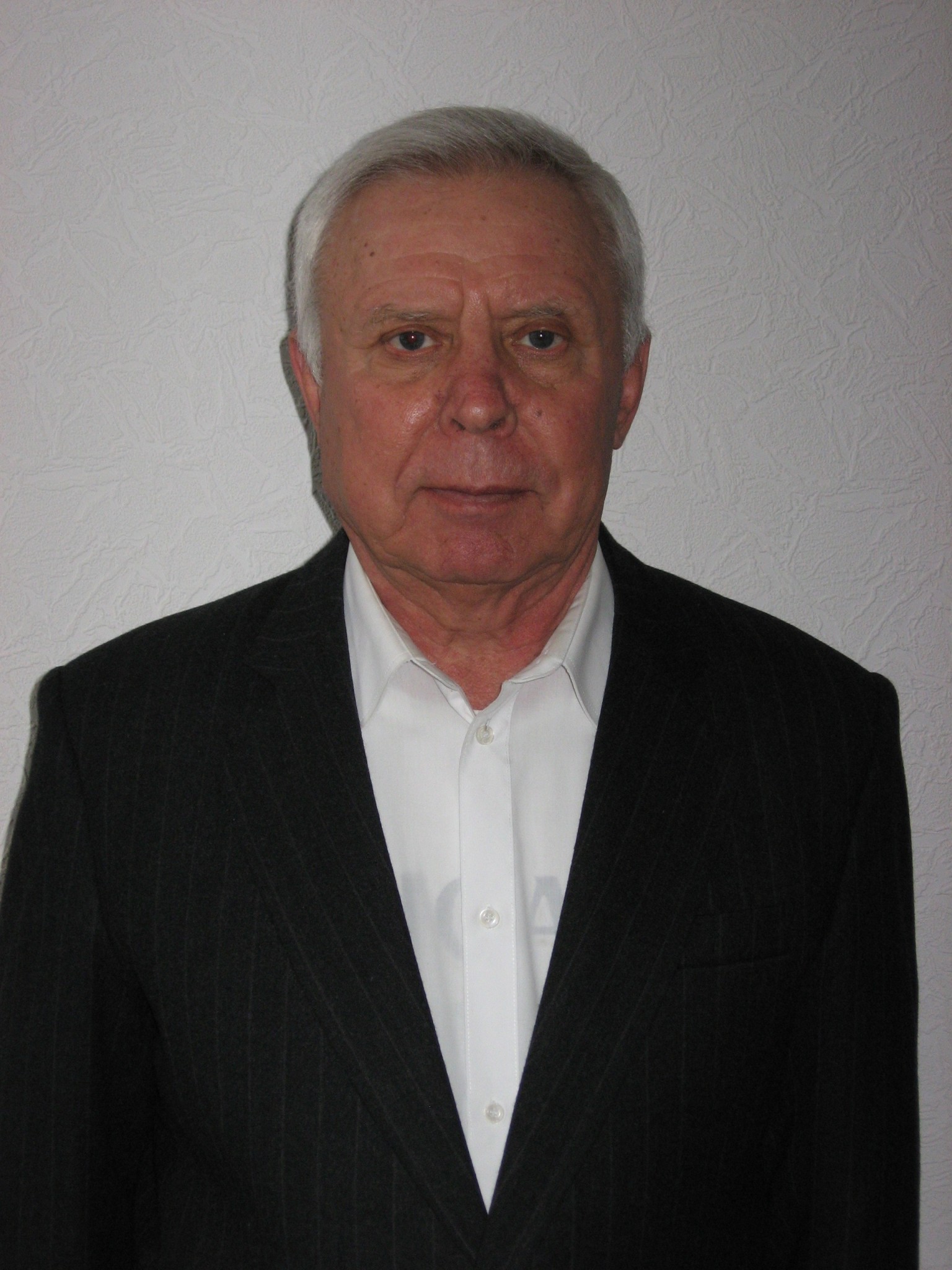 Professor of Department Microelectronics, Electronic Devices and Appliances, Member of STC, Head of the Specialized Academic Council, Doctor of of Physics and Mathematical Sciences, Professor

1963 – Assistant of the Department of Electronic Devices (HIH MAVT).

1969 – Cand.Tech.Sci., Defended his thesis at the Kharkov Institute of Radioelectronics (KhIRE).

1970 – Associate Professor of the Department of Electronic Devices (KhIRE)

1985 – Doctor of Physical and Mathematical Sciences, specialty 01.04.03 – Radiophysics, including quantum radiophysics, defended his thesis at the Kharkov State University.

1985 – Professor of the Department of Microelectronics (KhIRE).

From 1996 to 2012 – Head of the Department of Microelectronics, Electronic Devices and Appliances

2012 – Chief Scientific Officer of the Department of DMEDA (NURE).

He taught the academic disciplines: the fundamentals of microelectronics.

He founded and develops a scientific school in the field of radiophysical methods and technical means of diagnostics of functional electronics materials. The main activity of this school is the development of new methods of research and diagnostics of semiconductor materials and microelectronics technologies.

The main activity of this school is the development of new methods of research and diagnostics of semiconductor materials and microelectronics technologies. The most important results of the scientific activity of the school are laid in the creation of new instruments and systems of nondestructive input and interoperational control in the technology of microcircuits and the development of the theory and technology of scanning microwave microscopy. This area belongs to the latest nanotechnologies in nanoelectronics. Part of these results was included in the work “Microelectronic sensors of the new generation for intelligent systems”, which received the state award of Ukraine in the field of science and technology in 2011. Within the framework of the scientific school, 6 doctoral and more than 20 candidate dissertations are defended.

Since the 80-ies of the last century, he participated in the work of specialized academic councils for the protection of doctoral and candidate dissertations as a member of the board in KhIRE and KSU. At present he is the deputy chairman of specialized councils D.64.052.03 and D.64.052.04.

For several year was a member of the expert council for natural disciplines of the SAC of Ukraine for awarding academic degrees and titles during the period from 2005 to 2010.

He constantly works as a member of one expert council of the Ministry of Education and Science (instrumentation, radio engineering, materials science).

He is constantly a member of the organizational and program committees of a number of international scientific and technical conferences in the field of radio engineering, electronics and telecommunications, for example, “Functional Base of Nanoelectronics”, “IEEE International Conference on Information and Telecommunication Technologies and Radio Electronics”.

Member of the Academic Council of NURE.

2005 – Certificate of Honor The Verkhovna Rada of Ukraine,

2008 – Honored Worker of Science and Technology of Ukraine,

2011 – Laureate of the State Prize of Ukraine in the field of science and technology.

He has more than 300 publications, including monographs, textbooks and manuals, more than 40 inventor’s certificates and patents.